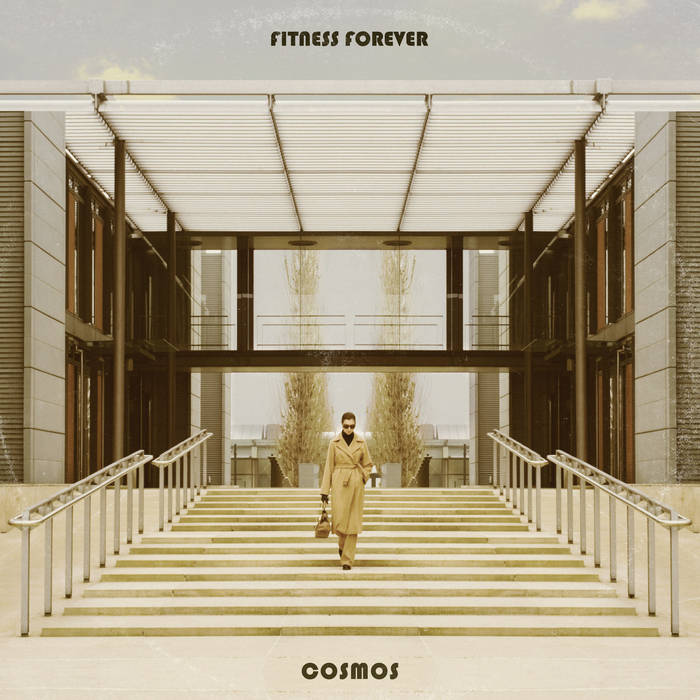 Who didn’t melt with the youthful, colorful rejoicing that emanated from “Personal Train”? It has been years since we heard an album so capable of bringing together all those styles we like so much, from jangle to indie-pop, with a touch of Brazilian music, psychedelic pop, Italian sound tracks… And to do it that level of energy and elegance, class and inspiration in one amazing combination. Carlos Valderrama, FITNESS FOREVER’s frontman, says he was left empty afterwards, a blank slate, not really knowing what his next step would be.

After a while, they wanted to maintain the freshness and glow of their songs, but step it up a notch in terms of the riskiness of the songs’ architecture, complicating the harmonies and making slippery melodies that make just as much of an impression. That’s where “Cosmos” came from; it’s FITNESS FOREVER’s second album, and the perfect definition of what Valderrama wanted. The album is flooded with groove and disco, with a clear seventies scent, marinating in the spices of STEELY DAN, Lucio Battisti, Marcos Valle, David Axelrod. But it’s also full of the contemporary influences that fed Carlos Valderrama (ARIEL PINK, MODULAR, GONZALES, TORO Y MOI and LA CASA AZUL), as well as his recent passion for some Brazilian albums from the 70s.

The result is an album capable of constantly keeping a summery, young, innocent mood (“Il Cane Ciuff”), giving us the gift of seaside vacations (“Piano Fender Blues”), enjoying the most hedonistic spirit of pop (“Le Intenzioni Del Re” and “L’amore Annegato” (pure Burt Bacharach), and filling it with an appreciation of black culture (“Hotel Flamingo”), traces of great geniuses like Marvin Gaye, Barry White, and Curtis Mayfield (the wonderful and seductive “Lui”), jazzy experiments (“Laura”), and even spacey hallucinations blessed by Sun Ra (“Cosmos” and “Disco Quiz”).

And if their lyrics used to be about the flourishing of life, opening up to feelings and experiences, discovering the whole world in all its gleaming brightness, the ochre tones are beginning to make an appearance on “Cosmos”: resignation, growing up, losing trust, losing love… It’s a leap toward maturity in all senses, but luckily it’s full of that vital energy that needs to be there, and that FITNESS FOREVER are true masters of.

Recorded with a symphonic orchestra, a wind quartet, vintage material (none of the microphones or anything they used were from later than 1978), over a period of more than a year, “Cosmos” is a complex, ambitious album that offers a new dimension within pop, assimilating influences like only Valderrama and his group know how to do, maintaining the immediacy and at the same time making the risks and the complexity transparent for the listener. Is going to take an unnecessary amount of time for the pop genius from Italy to be recognized? How many generations can say that they enjoyed the effervescence of such imaginative and versatile songwriters as Giorgio Tuma and Valderrama himself? Ladies and gentleman, let’s make the most of this moment.